10 Lightweight Antivirus for Android You Must Use – As we already know, guys, a virus is a computer program whose job is to copy data or attack a device. 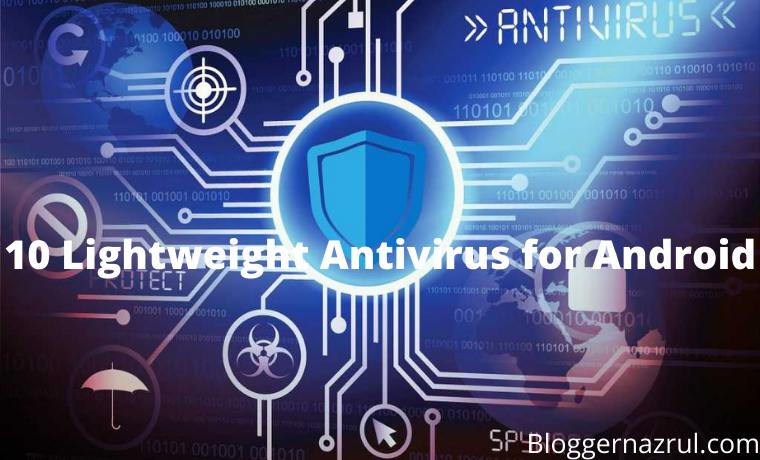 Types of viruses on laptops and Android also spread. So, it could attack data, and then other devices even steal your important files.

A sign that your laptop or Android has a virus is that excessive advertisements appear. If you have this, the way to get rid of the virus is to use the best antivirus on your PC or Android.

“Wouldn’t a laptop or Android be slow if you installed an antivirus?”

Eits, just calm down guys. You see, here we are going to recommend you a lightweight antivirus that must be used for Android and laptops.

If you have been removing viruses on your cellphone without additional applications, it is very difficult and still exists. Try to use the best antivirus recommendations on the lightest Android below!

The first lightweight antivirus on Android is Avast Antivirus – Mobile Security & Virus Cleaner. Yups, this antivirus is indeed one of the best-selling antiviruses on Android.

Why is that? Because this antivirus is believed to be able to protect data and will give a warning if there is an infected virus on your Android.

In addition, there are also features that can be used to lock some applications on your Android phone. For example, locking the WhatsApp application to avoid piracy.

Furthermore, there is also a feature to protect your cellphone from harmful WiFi, which can increase RAM, block other people’s phone numbers, and also clean junk files.

Oh yes, this antivirus can also be used as a VPN that functions to open sites that are blocked by the Government, and most importantly, apart from being lightweight, the Avast antivirus also saves battery.

The second lightweight and best antivirus on Android is Avira Antivirus Security 2019 – Antivirus & AppLock. This antivirus serves to secure your cellphone from viruses that will steal personal data such as contacts, photos, data, and even email.

In addition, the great thing about this antivirus is that there is an ‘Anti-Theft’ feature that functions to track down an Android cellphone that has been lost because it was stolen by someone else.

Oh yes, this Avira antivirus also functions to lock applications and prevent eavesdropping. For example, tapping incoming calls. Because nowadays there are many ways to intercept other people’s incoming calls.

So, if you have found the characteristics of the virus entering your Android phone immediately, use this antivirus from Avira, guys. 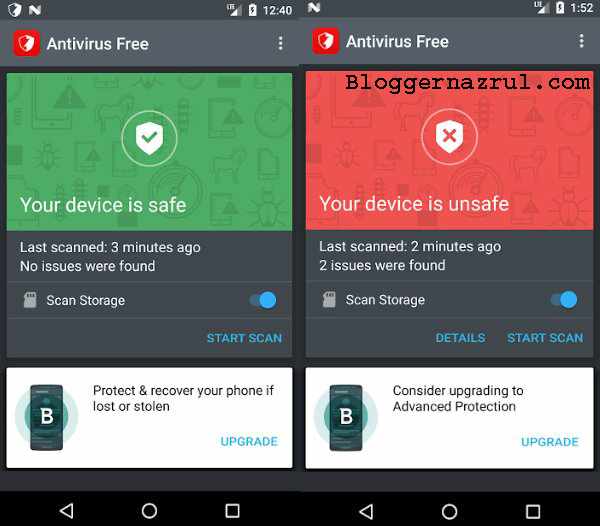 The third lightweight antivirus is Bitdefender Antivirus Free. Well, this antivirus works by scanning using in-the-cloud technology. Then this application prevents the virus from entering your Android phone.

So, all viruses will be detected automatically. Thus, preventing the virus from entering your cellphone. For example, when opening a blocked site.

This blocked site is usually tucked into a dangerous virus. Therefore, this antivirus will detect it and prevent the virus from entering.

Oh yes, besides being light, this antivirus doesn’t make the HP battery wasteful, guys. So, it’s perfect for those of you who use your cell phone a lot all day.

The fourth lightest antivirus is Phone Cleaner – Android Clean, Antivirus Master. Maybe you know that this antivirus is a RAM-cleaning application, right, guys?

But apparently, this application is also used as the best antivirus on Android. Why is that? Because this antivirus is able to help you to protect your Android phone from virus attacks.

Not only that but this antivirus can also be used to improve the performance of your Android phone. That way, you can overcome a slow Android cellphone.

Oh yes, this antivirus also has a feature to delete files that cannot be deleted on Android. So, you can get rid of all the junk files on your Android phone. 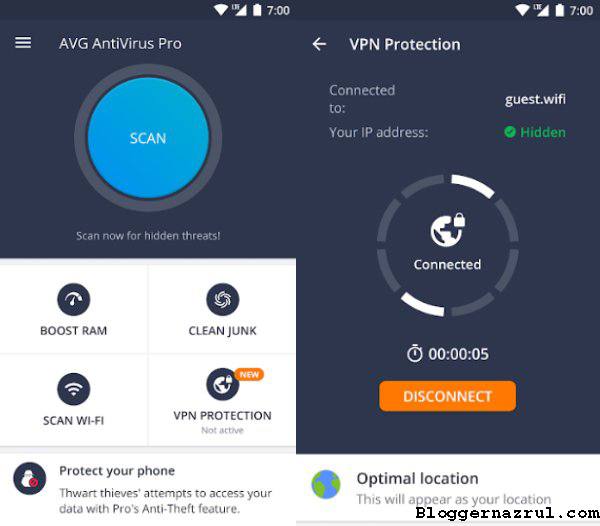 The fifth lightest and most popular antivirus on Android is AVG AntiVirus 2019 for Android Security FREE. Yups, this antivirus is indeed quite popular compared to the previous antivirus.

Why is that? Because apart from being very light! This antivirus is able to protect Android phones from virus attacks and also very dangerous malware.

Oh yes, this antivirus will scan applications, settings, games, and also files on your cellphone in real time. That way, your Android phone feels lighter.

Well, you can also use this antivirus as a solution to overcome a slow Android cellphone. Because being able to disable applications that cause HP to be slow.

The Best Lightweight Antivirus for Laptops

If you already know the characteristics of a virus that enters your laptop, immediately use an antivirus.

Well, here are the best and lightest laptop antivirus recommendations for your laptop!

The first lightweight antivirus on a laptop is AVAST. Yup, as we all know, this AVAST antivirus is also available for Android.

So, there is no need to doubt that this antivirus is indeed light and also the best. Avast Antivirus was designed by the Czech state in 1988.

Antivirus is able to remove shortcut viruses on your laptop easily. In addition, this antivirus does not take up too much RAM.

So it will feel lighter if you open other applications on your laptop. Oh yes, viruses that are deleted through this antivirus can be returned by means of quarantine.

The second lightweight antivirus for laptops is Panda Cloud Antivirus. This application is very light and fast. Why is that? Because the way it works is using the cloud method.

So, the way of scanning is directly handled by a remote Collective Intelligence server directly from the Panda application itself.

That way, you can protect your laptop from viruses, malware, and so on. Well, you also need to know, guys, if one of the tips to keep your hard drive durable is to always do virus scans regularly.

Well, you can use this Panda antivirus to scan. So, the virus that will attack your laptop will be destroyed.

The third lightweight antivirus for laptops is NORTON AntiVirus. Yups, this antivirus was developed by Symantec Corporation in 1991.

One of the mainstay features of this antivirus is that you can filter spam emails and also phishing protection. So, that way, you can protect your laptop from viruses that are hidden behind emails.

Oh yes, this antivirus is also able to protect laptops from Ransomware virus attacks, which at the time of 2017 was in full swing. The way it works is by scanning the data that enters your laptop, guys. 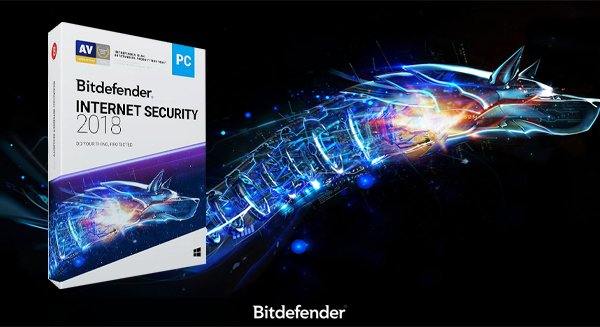 The lightest antivirus for the next laptop is Bitdefender Internet Security. You need to know, guys, that this antivirus is not only available for Windows, but also for Mac OS, Symbian, and FreeBSD users.

Especially now that the virus doesn’t just attack data! But it can also attack the device installed on your laptop. Such as a camera, keyboard, WiFi, and so on.

So, if for example, the laptop keyboard does not work, there is a possibility that it is due to a virus. Therefore, you must regularly scan using this antivirus.

Oh yes, it’s worth remembering too! If this antivirus will be more optimal if you use the premium version. Because that way you can delete all incoming viruses and prevent incoming viruses.

The next lightest antivirus for laptops is AVIRA AntiVir. This antivirus has been around since 1988, guys. Especially now that Avira has launched many security products.

Oh yes, how Avira works is by detecting and scanning viruses that will attack your laptop. In addition, this antivirus will continue to update automatically.

So, how are you smart? You already know that there are light antiviruses on Android and PC, right? Oh yes, don’t forget to also share with other smart friends about this lightweight antivirus list article.