12 Best Exciting Offline MOBA Games for Android – Mobile Legends is still the most popular MOBA game. But for those of you who feel bored playing it, you can try playing the other best offline MOBA games that we recommend, both on Android and PC. 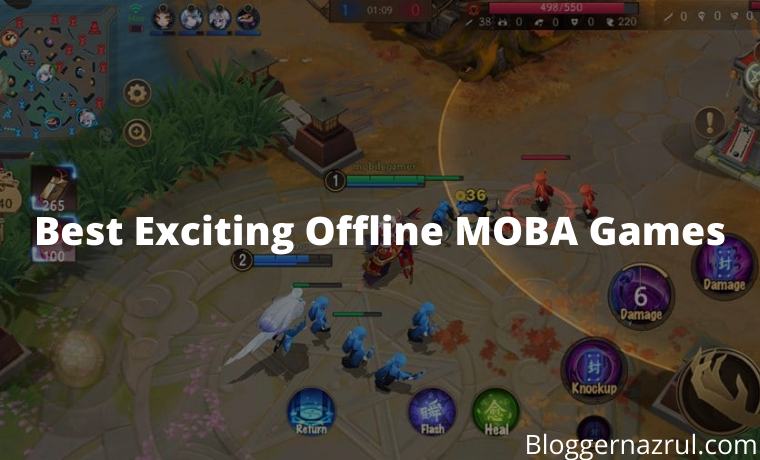 Apart from Mobile Legends, you must also know other MOBA Android and offline games, such as the Dota 2 game on PC, which is very famous and loved.

MOBA games are a genre that was developed from the real-time strategy genre. In this Multi-player Online Battle Arena game, players will run one character, where each player will be divided into two camps and will hunt each other for victory.

Before the emergence of mobile games like now, MOBA PC games were already popular and known to gamers. However, after mobile games have become increasingly popular, finally many game developers have switched to making mobile versions on Android and iOS

Several mobile versions of MOBA games were later very popular and widely played, such as Mobile Legends and AOV, which are still very popular with gamers.

Android and iOS MOBA games are now more popular because they are more practical to play on smartphones, rather than having to play PC MOBA games on computer devices that cannot be played on mobile.

Well, for those of you who feel bored playing Mobile Legends on Android or iOS, the Bloggernazrul team will recommend a MOBA game that is no less exciting to play. Here’s a list of recommendations: 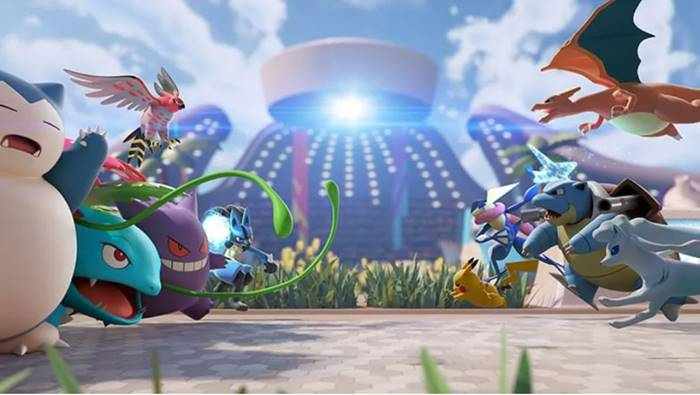 The next recommendation for the latest Android MOBA game is Pokemon Unite. Pokemon Unite is a game developed by The Pokemon Company and TiMi Studios. In this game, you will act as trainers or pokemon trainers, and do a 5-on-5 team battle on Aeos Island.

Your task is to kill the opponent’s pokemon and collect Pokeball or ballpoints. The winning team is the one who scores the most points in the allotted time.

Pokemon Unite brings various interesting features for players. For example, there is cross-platform support, and the ability to link accounts on HP and Nintendo Switch devices. 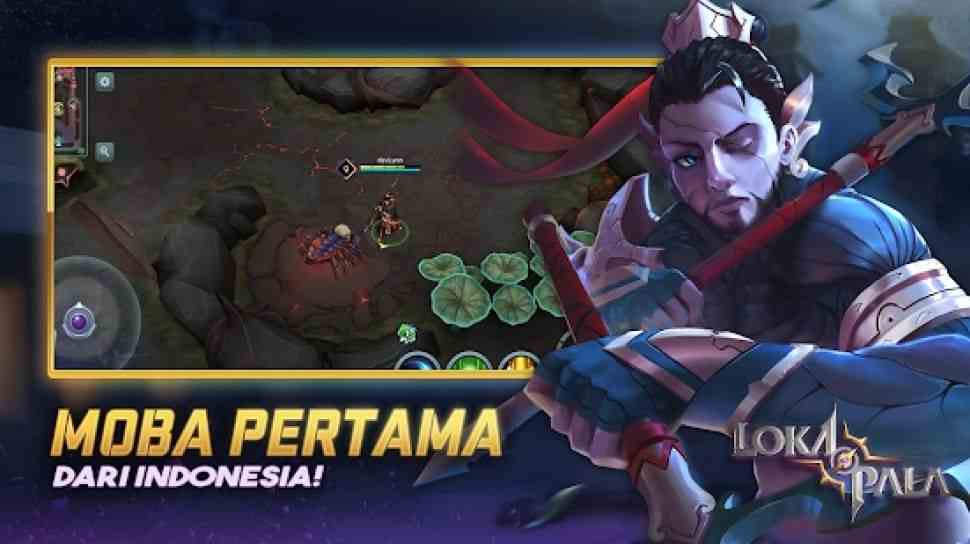 Then there is a game made in Indonesia called Lokapala. This MOBA game is available on Android and iOS.

Lokapala is the first MOBA game fully developed in Indonesia and inspired by Indonesian mythology, history, and culture. In this game, players can fight exciting 5-on-5 battles with friends or other players.

Broadly speaking, the gameplay of this game is not much different from other MOBA online games that were popular earlier, such as Mobile Legends or Arena of Valor.

Lokapala comes from Sanskrit which means protector of the universe ( the guardians of the realm ). This game has several interesting features that will certainly make players feel at home playing it, such as Yantra System, Rank System, Shop, Rakshasa, Ganking Lane, Vahana, and The Ancient One.

The thing that distinguishes Lokapala from similar MOBAs lies in the Rakshasa and Ganking Lane features that can be used as a comeback strategy or alternative strategy. 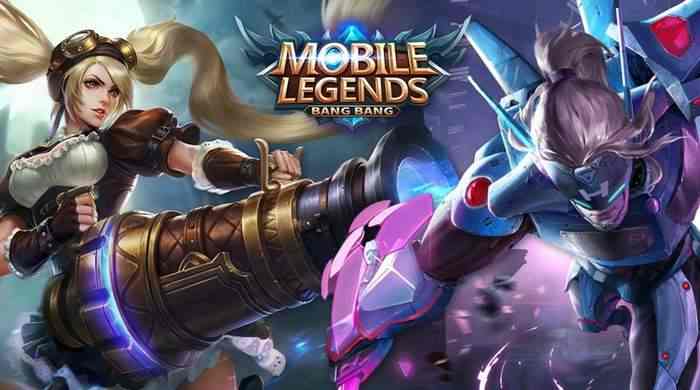 In the first place, we will definitely place Mobile Legends: Bang Bang, as the best and most popular MOBA game and the most loved by gamers today.

The game, which was first released in 2016, is very popular with various groups because to be able to play it, you don’t need to use a cellphone with high specifications. Even with “potato HP” it can be played smoothly.

Just like other MOBA games, ML also uses the 5V5 concept which is quite interesting. The players must work together well to destroy each opponent’s turret that is in the three lines. In addition, there is a map that serves to find out the position of each opponent. Many new heroes are constantly being released, making ML even more fun to play. 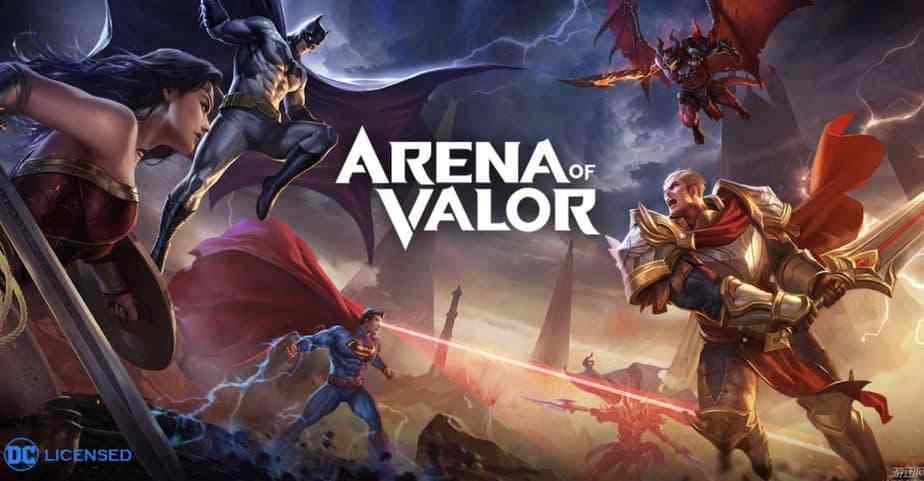 You could say Arena of Valor (AoV) is one of the MOBA games that has become a heavy “competitor” for Mobile Legends. AOV comes with various modes that can be played. Starting from five against five, three against three, to the more challenging, one on one.

There are various heroes that you can rely on to win the game. These heroes have different skills and advantages. So that the selection of this hero can also determine the course of the match.

Similar to Mobile Legends, AoV also provides additional customization items in the form of skins that can be obtained for free or through in-app purchases. This game can be downloaded on the Play Store and the App Store. 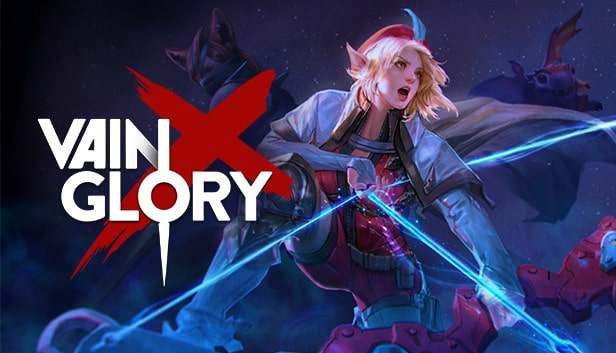 This game is arguably one of the first MOBA games to be available on mobile devices. Initially, Vainglory brought together 3v3 in the same lane. Over time, they followed others who came 5v5 with three different lanes as a battle arena.

The graphics and animations offered are also quite pleasing to the eye. It can even be said to be superior to Mobile Legends. Of course, this can be an added value for those of you who think that the visuals of a game are very important.

Vainglory also has many heroes with various abilities. You can try a variety of heroes that can later be used as a mainstay to tear down the opponent’s base. This game can be downloaded on the Play Store and App Store. 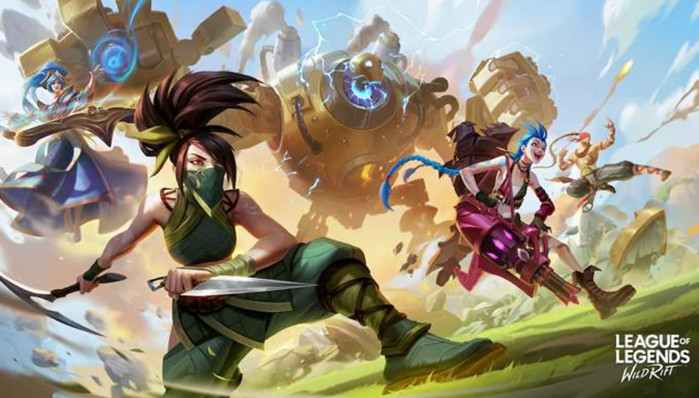 The next MOBA game is League of Legends or commonly known as LOL. Data 2’s toughest competitor is indeed not very popular in Indonesia. But the game developed by the developer Riot Games is very popular in Europe and North America.

Although previously it was popular as a PC version of the MOBA game, Riot Games has released a mobile version called League of Legends: Wild Rift on Android and iOS. Although at first glance similar to other mobile MOBA games, Wild Rift has several things that make it different.

In this game, you can have a variety of skill sets, rules, skill items, and much more that can be learned and understood in the game. Players are required to destroy the enemy base, from a 5v5 team created from scratch with various heroes. 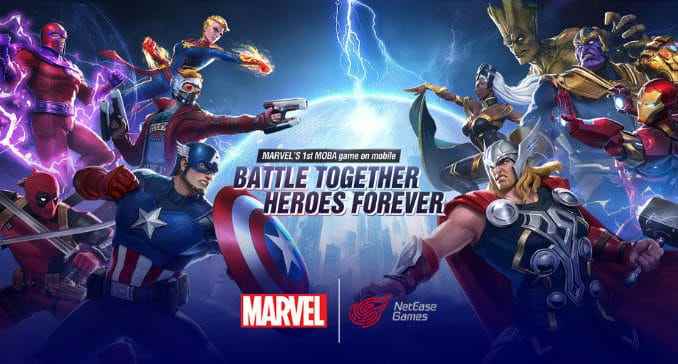 These are MOBA games presented by Marvel. Here you will be able to fight 5v5 using iconic superhero or villain characters from the Marvel Universe. In addition to the exciting gameplay typical of MOBAs, you can also play Marvel superheroes.

Here you can find Iron Man, Hulk, Thor, Ant-Man, to Rocket Raccoon, for you to become a hero in destroying your opponent’s base. The graphics displayed are also quite attractive. Especially when these superheroes begin to issue their distinctive skills.

Marvel Super War is suitable for those of you who want to try the best MOBA game recommendations besides Mobile Legends. This game can be downloaded on the Play Store and App Store. 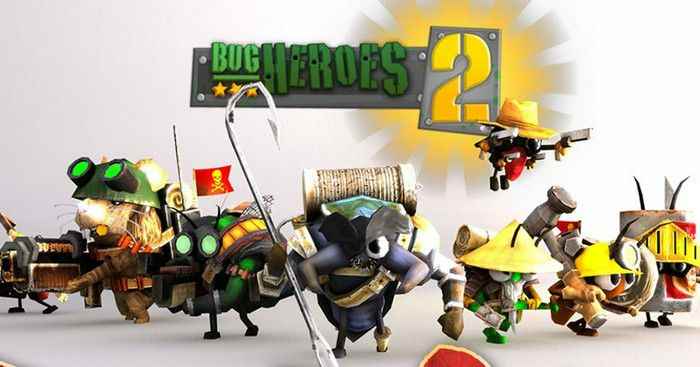 Next, there is a MOBA game that is quite unique, called Bug Heroes 2. We say it is unique because in this game you will be asked to raise insects that are usually in your house as the main character the game.

Bug Heroes 2 has gameplay that is still similar to the previous series. You will fight against other insects that attack while building fortifications and equipping weapons.

This MOBA game has three modes that can be played, namely mission, endless, and skirmish. Each mode offers a different game sensation and has its own fun. You can also fight players from various countries. It’s really fun.

Slightly different from the others, Bug Heroes 2 is an offline MOBA game that can be played without an internet connection. 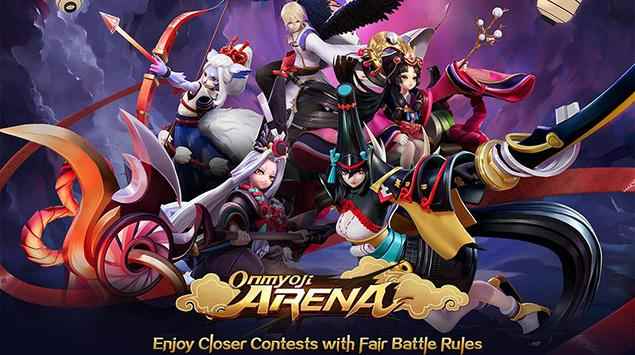 Likewise, various other details make the nuances of the Land of Sakura feel very thick in this game made by a developer called NetEase. Many have praised the graphic quality of Onmyoji Arena because what is presented deserves praise.

Onmyoji Arena offers an alternative to MOBA Android and iOS games that are different from other games. Of course, it would be a shame if this one game was passed up, wouldn’t it? 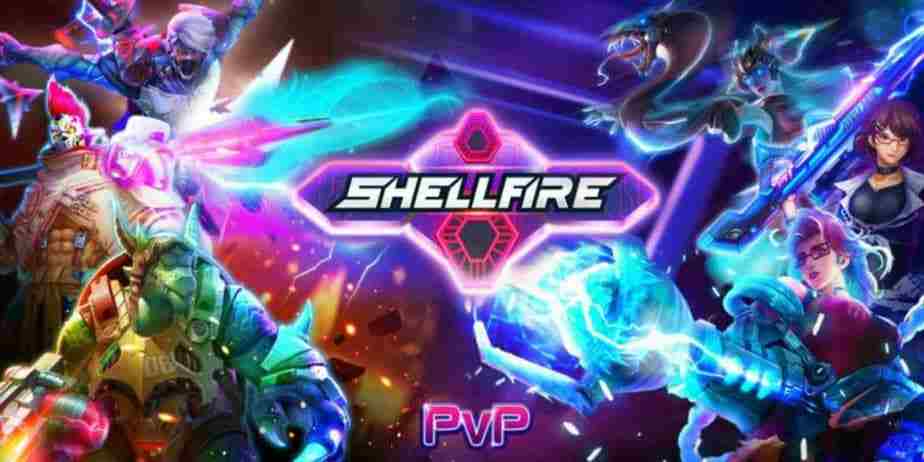 Shellfire is one of the MOBA recommendations that look different. If the game mostly uses a third-person point of view, Shellfire actually presents it in the form of a first-person shooter or FPS.

This game released by Telkomsel in Indonesia combines MOBA games with FPS-style shooting. Shellfire can be a solution for those of you who are bored with the same MOBA.

Apart from offering 5v5 battles, Shellfire also has other battle modes, such as Capture Point and Death Match. Even if you are bored with MOBA, you don’t need to change games because Shellfire also provides a battle royale mode. 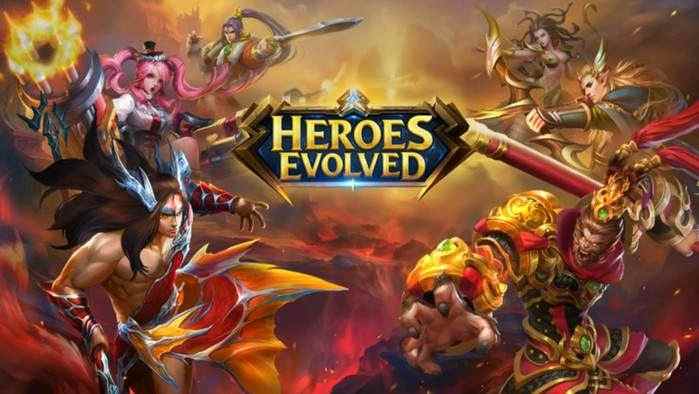 The next best MOBA game is Heroes Evolved, which has quite an interesting and fun gameplay to play. This game made by R2Games has a similar concept to its predecessor game, where you will fight in three lines with five heroes each to destroy the main turret in the center line.

Although similar to other MOBA Android games, this game is very challenging for you to conquer, because it has quite different challenges with the fog of war feature that the enemy does not have. 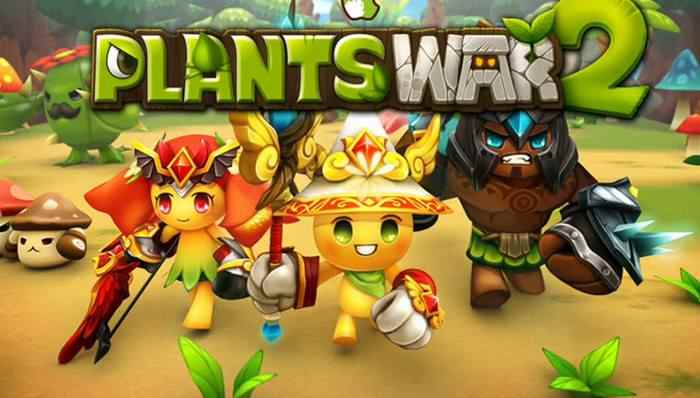 Plants War 2 is very much liked by fans of MOBA games because this game doesn’t take up a lot of cellphone memory. The interface is very simple, but still fun to play. The concept is the same as League of Legends and Dota.

Plants War 2 uses plants as characters in the game. This game is also equipped with many characters who have quite unique abilities. You have to try it because it’s really fun to play.

These are the 12 Best Exciting Offline MOBA Games for Android, which you can play on your smartphone.