13+ Best PPSSPP RPG Games for Android & PC – PPSSPP is known as an Android & PC PS2 emulator that can play various popular PSP and PS2 games. One of PPSSPP’s favorite game genres that are often played is Role Playing Games (RPG). 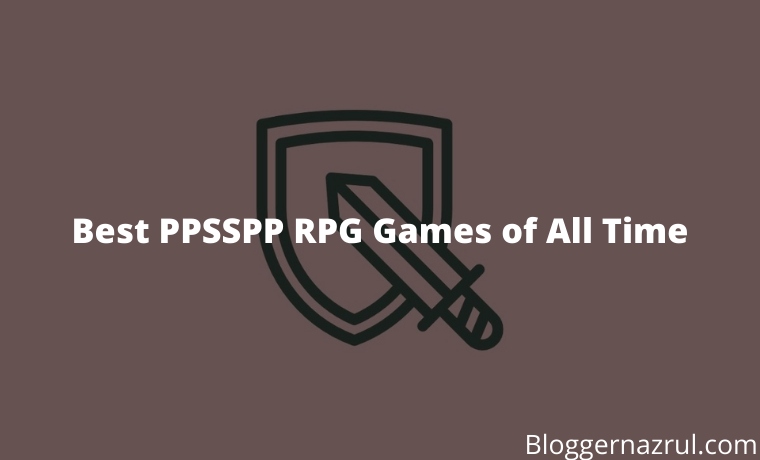 Best PPSSPP RPG Games of All Time for Android & PC 2023

As the name implies, RPG allows players to play certain characters and complete each mission with their respective story plots. Each mission must be completed in order to continue leveling up until the game is over.

Here’s a collection of recommendations for the best PPSSPP RPG games for HP and PC:

Shin Megami Tensei: Persona 3 is an old RPG game that can be played on PS2 and PSP consoles. In this game, the player will take on the role of the protagonist and can choose the gender.

At first, players will enter a hidden world called “Dark Hour”. Missions in this world take turns against the shadows that roam near the tower of Tartarus. To defeat the enemy, players are equipped with the power of personas.

There are several interesting story plots in each mission in this game. There are also additional computer-driven companion characters. For those of you who are interested in playing it, download the link here:

#2. The Legend of Heroes: Trails in the Sky

Trails in the Sky is an anime game made by Falcom that has an interesting plot and plot. The original storyline and addictive gameplay make this game perched on the list of the best PPSSPP RPGs.

In this RPG game, the player will play the character of brothers and sisters who are tasked with protecting and protecting the community. Gradually, they will face the conspiracy and eradicate the existing enemies.
If you are curious, you can  download  it at the following link:

Crisis Core: Final Fantasy VII is an RPG game that has pretty stunning graphics. In this game, players will play the role of Zack, a soldier who has ambitions to become the number one soldier in Class Shinra.

In his mission, Zack must defeat the warrior who betrayed the clan, Genesis Rhapsodos as well as several soldiers from the Jenova project. Download the game via the following link:

#4. Tactics Ogre: Let Us Cling Together

This RPG game was originally released on the Super Nintendo console and then released also on the PSP. This game tells the story of Denam Pavel, the protagonist who continues his father’s work against the Losorien troops.

In this mission, the player will control Pavel and be accompanied by his brother Catiua Pavel and his friend Vyce Bozeck. The journey begins with the Wallister clan, then the next clan with a mission of peace for their country.

There are at least three phases in completing missions in this game; Lawful, Neutral, and Chaotic. So to complete it takes quite a lot of time.

Download this best RPG game at the following link:

#5. Final Fantasy Tactics: The War of the Lions

Another game is called the  Final Fantasy franchise. In this game, the player will control the main character, a mercenary named Ramza.

In this case, Ramza is involved in a war in Ivalice and must defeat an ancient evil demon that is starting to rule the world. Each player must strategize in defeating the enemy, because, if you lose, the game will start all over again.

If you want to  download  the game, here we include the link:

Note : This PSP game is a small PPSSPP game  , let’s download and play.

Ys: The Oath in Felghana is a sequel to Ys III. After three years of fighting in the RPG game Ys III, Adol Christin and his friend Dogi discover an evil event that has invaded Felghana.

To complete the mission, they must fight and drive the enemies out of Felghana. If interested, let’s download the game via the PPSSPP game download site or via the following link:

Riviera: The Promised Land is the next best PPSSPP RPG game. This game was first released in 2002 for Nintendo by Sting Entertainment, then in 2006 can be played on the PSP.

Players adopt the role of Ein, the Evil Angel, who must battle against demons as well as the antagonist Grim Angel to seal the four wells of evil known as the Cursed. He was accompanied by four heroes-Fia, Lina, Serene, and Cierra.

In addition to fighting enemies, this game also presents small dialogues between players or enemies. This also adds to the excitement with an interesting story plot.

Kingdon Hearts: Birth by Sleep presents a story that is simple and easy to understand. Overall this game is set in the Land of Departure.

There are three characters that can be controlled by players, namely Terra, Ventus, and Aqua. His mission is to find Master Xehanort who is suspected of being kidnapped by a creature called the Unversed.

What’s interesting is, that this game has embedded various characters from Disney. Let’s download the game here:

This PPSSPP RPG genre game is a  franchise from the YS game released by Falcom. Commanded by Adol Christin, and his friend Dogi, this time they discover a great crime is afoot in the country of Altago.

In general, the power control in this game is the same as in other YS series. If interested, the download link for the game is here:

Then there is the game Valkyrie Profile: Lenneth which focuses on the resurrection of Lenneth Valkyrie and is given the task of recruiting and training soldiers who died for the Aesir in the war against the Vanir.

Along the way, Lenneth meets various characters and tries to reenact them from Valkyrie duties. This best game can be played on PPSSPP and downloaded at the following link:

The best RPG game in the next PPSSPP is Disgaea 2: Dark Hero Days. The gameplay is quite unique because the player can create a large amount of damage at will. Players will play Adell in her hometown of Holt.

In this region, each game must level up, add weapons, and increase power. Only then, when the level has reached the highest damage can be done. Let’s try to play the game by downloading it first here:

The next most popular PSP game recommendation is ZHP This game presents a quiet main character.

The new Absolute Victory must train to become strong enough to defeat the evil demon general named Darkdeath Evilman and must save the world. Download this best game here:

Another Final Fantasy series, namely The Complete Collection. This title tells of a special force named Cecil from the kingdom who previously carried out a rebellion against his own king.

It was based on an attack on a village with an unclear purpose. The king’s intention was detected, it turned out that he intended to have a crystal stone that could rule the world.

Cecil’s mission here  — who was also a user —  prevented the king’s intention of possessing the crystal stone. Download the game here:

This is the article about the best PPSSPP RPG games for Android and PC. This genre will always have a place in the hearts of its fans, no matter if it’s a new game or an old one.

From the list above, which old PSP RPG do you prefer? Tell me in the comments column let’s go!